The Digital Home Gym Craze: Consumers and the Consumer

Since the dawn of human civilization 5,000 years ago, humans have constantly strived to improve their minds and bodies. When it comes to the latter,.. 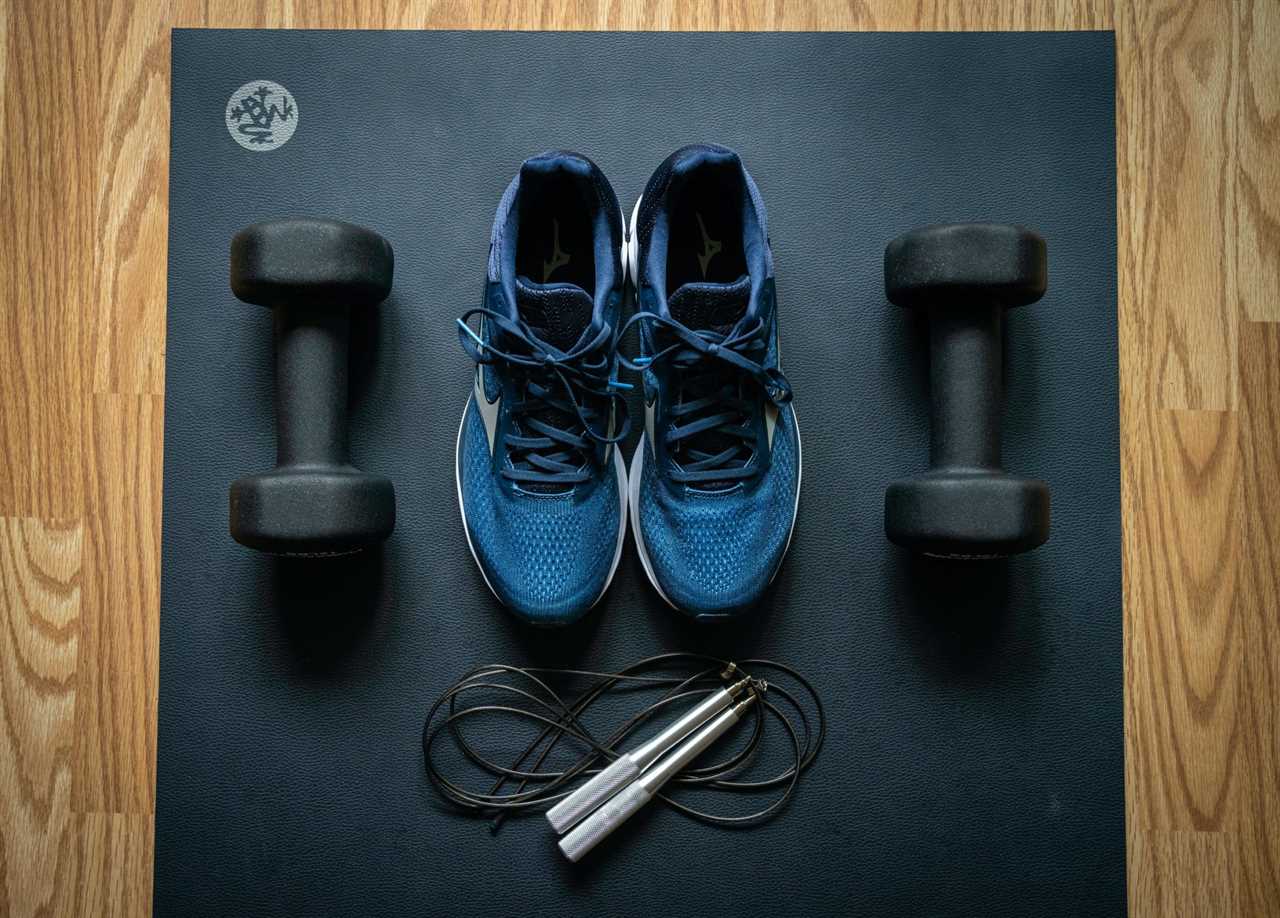 Since the dawn of human civilization 5,000 years ago, humans have constantly strived to improve their minds and bodies. When it comes to the latter, it’s only been in recent decades that physical exercise has truly become an “industry,” and within the last ten years, things have changed rapidly. Rising obesity rates, evolving technology, and the COVID-19 virus have combined to ensure that the way we workout will never be the same, whether at the gym or at home. In the future, successful digital home gym brands must be cognizant of the emerging consumer trend that is geared toward safety and privacy, but also convenience and cost, if they want to succeed in this increasingly competitive market.

The result of this new and still ongoing trend is that consumers and companies have become more creative and innovative when it comes to the fitness industry, and for consumers that means more choices. Consumers are no longer stuck having to choose between the home gym and the traditional gym because new technology has brought the home gym into the 21st century. As technology progresses, the home gym is looking more and more like the traditional gym in many ways.

These new technologies are reshaping not only the type of equipment available to consumers but also the very nature of exercise. For example, in 2020, during the height of nationwide lockdowns, shares in the leading virtual home gym company, Peloton, surged more than 440% while leading traditional gym Plant Fitness’ stocked slowed to a 4% gain. Overall, sales of Peloton in the United States increased by 85% from its 2019 numbers to reach $3.7 billion in sales, and this wasn’t just limited to Peloton. Sales of all home exercise equipment were up 20% over through August and 108% on a two-year basis. Although this trend has slowed up a bit since the lockdowns have ended, it remains strong and presents many opportunities for consumer and investors alike.

Peloton is the best known of these digital/virtual home gyms, but there are a number of other brands riding the trend, most notably Tonal and The Mirror. All of these virtual gyms offer a number of benefits for consumers that include savings, convenience, safety, quality, and eventually, as more units sell, lower prices. The virtual gym trend also presents investment and business opportunities for those willing to take some risks and ride the wave. So, let’s take a look at the virtual gym craze, how it started, and what we can expect in the next few years.

The birth of the home gym

When the fairly new technology of television merged with fitness in 1951, the world was introduced to the concept of working out at home. American fitness guru Jack LaLanne first went on TV with his fitness shows in 1951, and although they were geared toward a female audience, they helped set the new trend of the home gym. Richard Simmons and Jane Fonda, among many others, then followed LaLanne’s success up during the 1980s with their own TV shows and videotapes.

The calisthenics and cardio that were usually featured on these TV shows and videotapes were supplemented by an array of exercise equipment that began hitting the market in the 1950s, many of which were silly and didn’t work. For example, sauna suits were advertised as an easy way to sweat off the pounds but were probably more dangerous than anything. Other devices included vibrating belts that were supposed to jiggle off fat and gravity boots for doing whatever it was they were supposed to do. Although most of these devices gathered more dust in the corners of garages than they saw use, a few, such as the NordicTrack, proved to be a bridge from that era to the present trend of virtual gyms.

The major players in the virtual gym craze

Let’s examine the leading virtual gym company, some of its products, and what consumers can expect in the future. Peloton was founded in 2012, but for years was somewhat of a niche product that combined state-of-the-art exercise bikes with online classes that Peloton bike owners take at home. When the COVID lockdowns hit in early 2020, though, Peloton took off, raking in more than $1.8 billion in revenue that year. Today, Peloton boasts more than 4.4 million subscribers who pay for its bike, treadmill, and standalone membership programs.

Did Peloton Just Experience the Worst Product Placement in History?

Peloton’s signature exercise bike costs just under $1,500 and the monthly price for all-access membership is $39, but many consumers believe it’s worth it since gym memberships usually cost more – and sometimes quite a bit more depending on the location. Peloton has also expanded its footprint in the industry by selling treadmills, as well as offering strength training and other classes. Peloton is by far the leader in terms of market share, but it does have two notable competitors worth mentioning.

Number two in market share is The Mirror, which was launched in 2018. The Mirror is a full-length, wall-mounted reflective screen, which, like Peloton, offers a variety of trainer-led fitness courses for the owner. The cost of The Mirror and monthly membership is about the same as Peloton, but it focuses on aerobics, calisthenics, and stretching. Driven by a combination of marketing and word-of-mouth, The Mirror is expected to make $275 million in 2021.

The final virtual gym to consider here is Tonal. Tonal, which hit the market in 2014, was the idea of Aly Orady, who wanted a convenient way to strength train without all the weights. Tonal has a similar interface as The Mirror, but as its focus is strength training it has one arm on each side of the device that can be adjusted for different exercises. A Tonal machine will cost you just shy of $3,000 and a monthly membership costs $49 a month, which makes it the most expensive of the three major virtual gyms. However, Tonal has been getting some of the most positive press lately. NBA star Lebron James and other professional athletes have endorsed Tonal, which will no doubt helped spur its $76 million in yearly revenue to higher levels.

Some of the basic benefits that consumers can expect in this virtual gym craze have already been mentioned, but let’s dive a little deeper. Although all of these machines are relatively expensive, many consumers believe they pay for themselves. As mentioned earlier, the monthly subscriptions for these machines are lower than most gym memberships. Also, as competition picks up between these companies and other competitors enter the fray, expect prices to drop. Tempo is a Mirror-type device that sells for about a third of the price of The Mirror, so it will likely = gain a bigger share of the market. While money is a major consumer benefit of virtual home gyms, most consumers cite their convenience and other related issues as their greatest advantage.

As people have become accustomed to working at home in the post-COVID world, many have also found that they can stay just as fit at home with virtual gyms. Consumers can save on gas, spend more time with their families, and avoid the crowds, stares, and goons that are often part of the landscape of modern gyms. Additionally, those worried about future outbreaks of COVID strains, or other communicable illnesses for that matter, see virtual home gyms as a safe alternative to traditional gyms.

The end of lockdowns has brought about another change in the fitness landscape and with it, newer trends and investment opportunities. A 35% drop in Peloton stock in November 2021 frightened some, but others saw it as an opportunity to “buy the dip“. Peloton’s drop also gave investors and consumers a chance to put the new fitness paradigm into perspective.

Experts say that although home exercise has become more routine for a large segment of the population, there has been a rush back to traditional gyms. Still, the demand for virtual gyms will stay strong and a new hybrid model of exercise – some routines in traditional gyms and other routines at home – is beginning to develop, forcing some forward-thinking traditional gym owners to get in front of the trend.

Many traditional gyms have taken a page from Peloton and the other virtual gym companies by offering digital platforms and enhanced apps with new streaming workouts. Fitness chains with devoted followings, such as Orangetheory, Barry’s Bootcamp, and Life Time Fitness have adjusted their business model to offer a variety of in-home workout options to their members, which is a trend that is sure to continue.

The future of fitness

In the last few years, the combination of unforeseen events and rapidly evolving technology have forever changed the way we exercise. The emergence of virtual gyms is a trend that will continue in the next several years, although expect it to slow somewhat as traditional gyms reopen and consumers see the benefits of a hybrid exercise routine.

Consumers will continue to support virtual gyms due to convenience and safety, and as the prices drop due to increased competition from more affordable brands such as Tempo, sales should remain steady.

Increasing hybrid exercise patterns are also potential opportunities for investors and entrepreneurs with the vision to see that there is a place in the future for traditional gyms, but the successful ones will have to adapt to new technologies and learn how to integrate the old with the new.

And perhaps most important, the successful digital fitness brands know their customers, which includes everything from the type of fitness goals they have to their budgets. As demonstrated in this article, the emerging trend among consumers of home fitness revolving around safety, privacy, convenience, and cost. Brands that want to succeed in this increasingly competitive landscape need to be keenly aware of all this.

The post Consumers and the Digital Home Gym Craze first appeared on GreenBook.