How the Olympic Games contributed to China's popularity of skateboarding

Skateboarding is a culture, a way of life, and of course a big industry. The sport has been in China for more than 20 years. Over the last few years, ..

Skateboarding is a culture, a way of life, and of course a big industry. The sport has been in China for more than 20 years. Over the last few years, street cultures such as rap, hip hop dance and skateboarding have flourished in China, and fashion brands such as Nike, Vans and Palace have become the mainstream.

In recent years, in 2019 the number of skateboarders in China reached 2 million. Starting as a niche sport, it managed to become a promising market with a growing rate of 3.1% per year thanks to the inclusion of skateboarding as an Olympic sport in 2016.  By 2025 the market size of skateboarding in China will reach $2.4 billion.

How the government promotes skateboarding in China

Beijing has a new vision for skateboarding 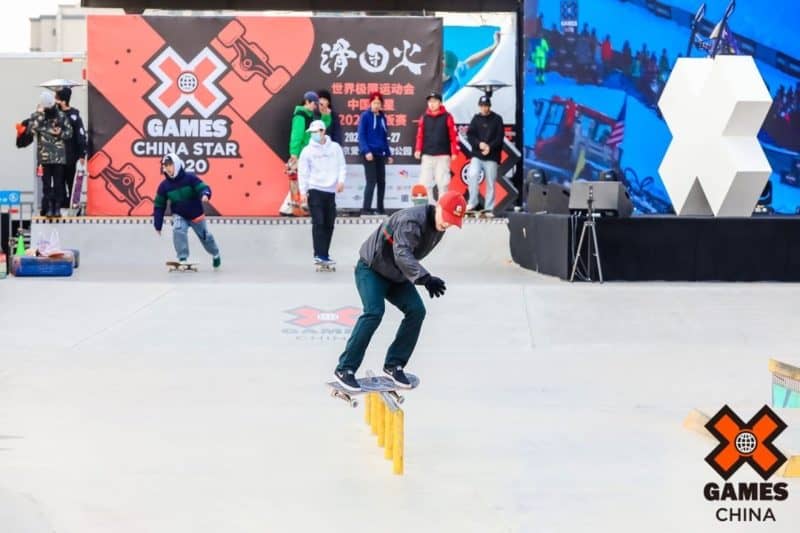 At the end of 2020 the X Games China Star skateboarding competition took place in the extreme sports park on the square of the Beijing Aegean Shopping Center. This event brought together the younger generation of domestic skaters and increased the enthusiasm among citizens. Same year the 2,000 square meters skatepark appeared in Beijing. It has two parts: a street style and a bowl. One side simulates the street terrain, with stairs, slopes, railings, and on the other side is a concrete bowl full of graffiti. This venue is open to the public for free and has become a new gathering place for Beijing skaters. Another 1,200 square meter professional indoor skate park is also under construction.

Olympic games 2021 contributed to the popularity of skateboarding in China 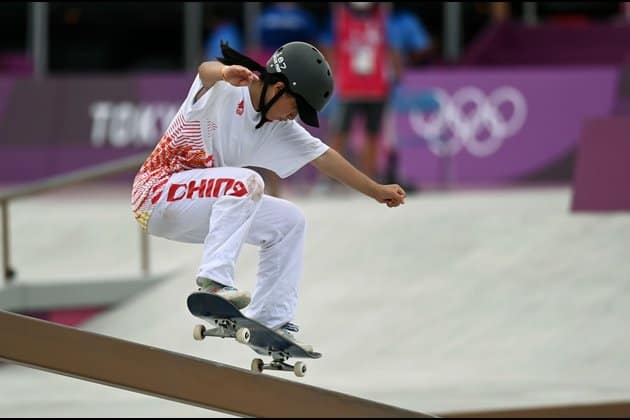 Since skateboarding was determined to be the official sport of the Tokyo Olympics 2021, the perception of it changed from a part of the street culture to a professional sport. In 2016, the Social Sports Center of the State General Administration of Sports made a task of forming a team to participate in the competition.  On July 26, the 16-year-old Zeng Wenhui got sixth place in the women’s skateboarding street-style finals of the Tokyo Olympics. She was also the first Chinese skater to appear in the Olympic skateboarding arena. It sparked interest from Chinese citizens in skateboarding products. Moreover, people started searching for the keyword “skateboard” more during the Olympics, proving growing awareness about this sport. 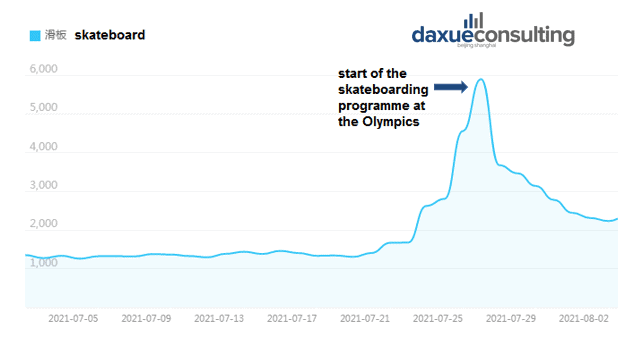 From July 21 to August 8 2021, the sales of Douyin e-commerce sporting goods increased by 365% year-on-year. Among them, basketball, swimming, badminton, tennis, table tennis, football, boxing and skateboarding became the eight most popular categories. The sales of skateboarding products have increased by as much as 353%. 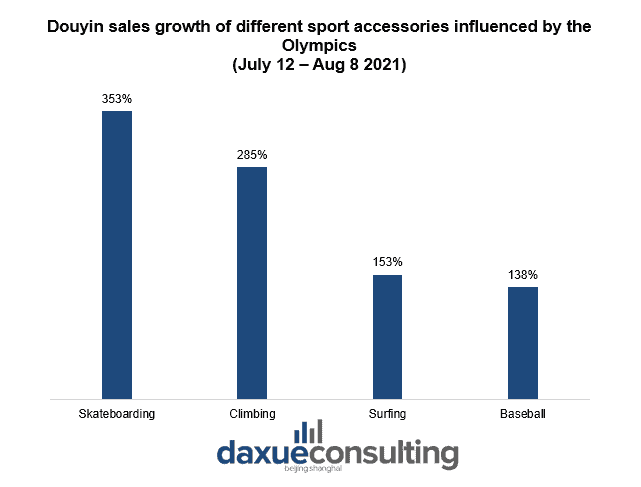 The rapid popularity of skateboarding in China has given many new brands the opportunity to explode in a new market. Foreign brands as Vans, Kappa and Palace are now in the spotlight for long-time Chinese skateboarders. However, as domestic skateboarding culture is developing, local brands also getting a chance to attract Chinese customers.

China is the second largest market for skateboarding brand Vans

In 2009 the era of commercialization of skateboarding in China has begun with VANS officially entered the market. Subsequently, Nike and Kappa entered the domestic skateboard market one after another. As early as 2012, it began to deploy social media channels in China and was the first foreign brand to advertise on Sina Weibo. In 2021 VF Corporation (VF Group), the parent company of Vans, announced the results of the fiscal year: net sales in the Chinese market increased by 16% year-on-year. China has now become Vans’ second largest market outside of the United States.

Nike promoted contributed to the development of skateboarding in China

Nike took part in promoting skateboarding in China for a long time. In 2011, the Nike China team visited 7 cities: Guangzhou, Chengdu, Kunming, Zhengzhou, Beijing, Shanghai, and Hong Kong. At each stop, it collaborated with the most distinctive skate shops in the local area and organized skateboarding activities to help local skaters increase their visibility.

In 2020 KAPPA has officially become a strategic partner of the Chinese National Skateboarding Team, providing it with a full set of clothing for competitions and training, including skate shoes. In addition to the exclusive sponsorship of apparel and footwear products, KAPPA also plans to launch various IP co-branded products for the Chinese skateboarding team and keep sponsoring skateboarding events in China. 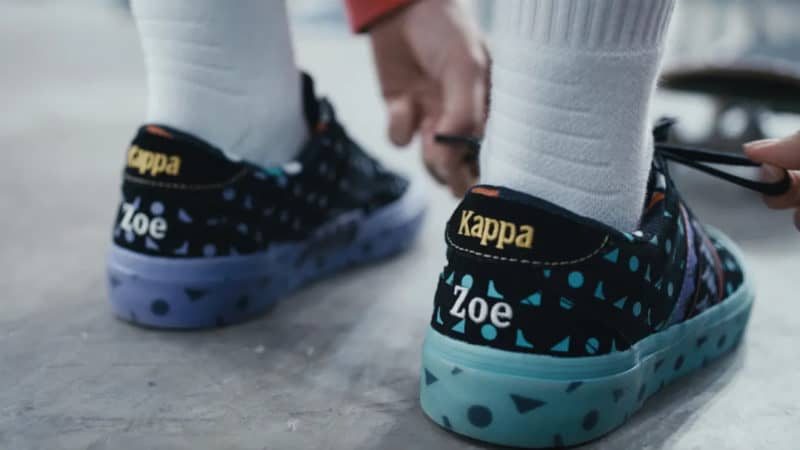 In 2020, the sales of the Kappa brand in China were 787 million yuan, accounting for 56.7% of all brand’s sales. According to China Dongxiang’s financial report, in 2021 the number of self-operated stores in China has reached 512.

In 2012 New Balance entered the skateboarding market and released the Numeric branch.  By 2021, this branch line has developed into 20 types of shoes, covering a product line from low-end to high-end prices. However, the Numeric branch of New Balance has encountered some problems in China. In 2012, skateboarding in China was still a very niche sport. Sales were low due the lack of publicity. At present, New Balance has 1,600 stores in China, but compared with Nike and Adidas, New Balance’s channels in second-tier and third-tier cities are not well developed. The most mature consumer markets such as Beijing, Shanghai, Guangzhou, Shenzhen, and Chengdu are still the cities with the most New Balance stores. 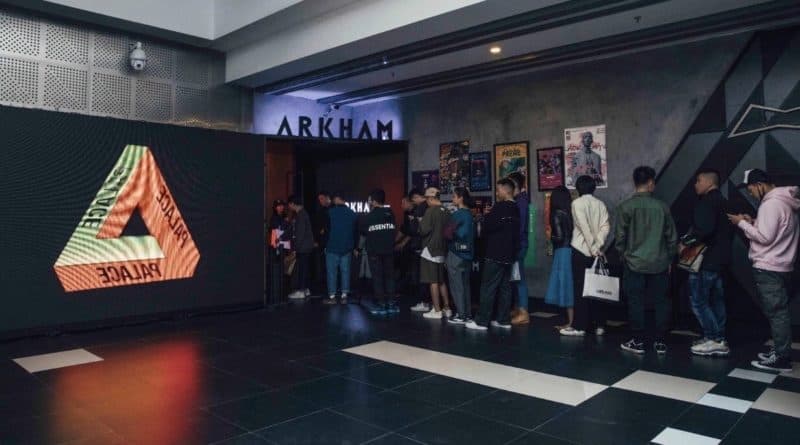 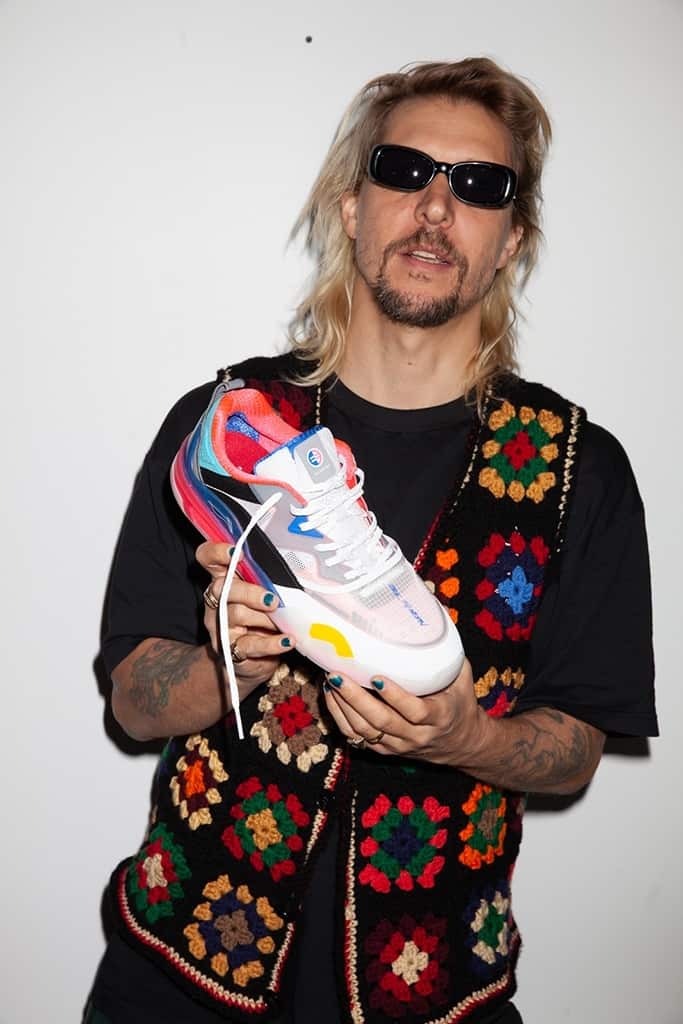 Li Ning is a Chinese apparel brand, established in 1990. After Li Ning announced that it collaborated with legendary American skateboarder Erik Ellington in 2021 to create the “first signature skateboarding shoes”, it has aroused heated discussions on Weibo and contributed to the popularity of the brand. 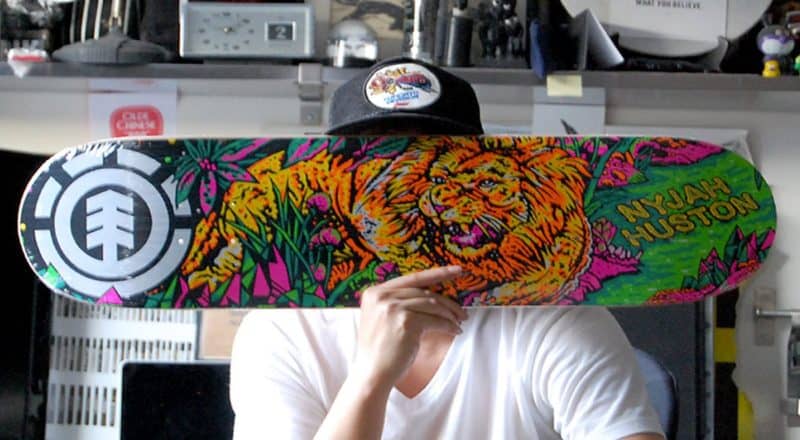 Source: The Daily Board, Allister Lee collection for Vagabond

From our social listening, we found many parents still hold a negative attitude towards skateboarding.

Firstly, skateboarding needs a lot of much time to practice, so parents think it will negatively influence children’s academic performance. Secondly, the expense of skateboards and shoes is huge. Thirdly, skateboarding is also dangerous, and parents worry about children’s safety. Last reason is the stereotypes of the types of people who do street sports, which makes some parents concerned that their children will pick up bad habits from skateboarding peers.

As skateboarding culture further penetrates in China, it’s inevitable that parents will change their attitudes towards the sport. Nonetheless, Chinese parents’ stigma towards skateboarding is a barrier that hinders the market’s development, especially for young athletes.

This article How Olympic games contributed to the popularity of skateboarding in China is the first one to appear on Daxue Consulting - Market Research China.

By: Daxue_Writing
Title: How Olympic games contributed to the popularity of skateboarding in China
Sourced From: daxueconsulting.com/skateboarding-china/
Published Date: Thu, 02 Sep 2021 22:53:00 +0000